The Story of Stone Upon Stone

Recently an earring design popped up on Etsy that, although constructed in a different material, and having a different look, had me a little distressed. Firstly, because they are quite close in overall design to one of my earrings and I worried that I had been copied. Then I actually got to worrying that that person would think that I copied them! This design has more significance for me than anything that I have worked on as of late, and I'd like to be clear about my original design and intent. (Here are my original pair of Stone Upon Stone earrings, first seen in my Nov. 26, 2008 blog post.) 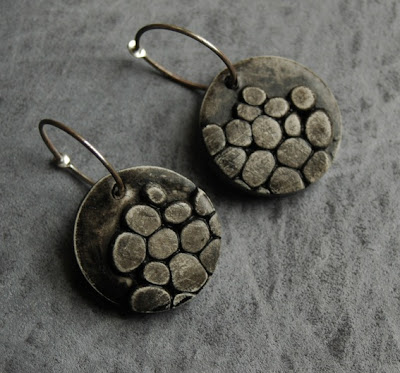 2008 was one of the most momentous years of my life. My husband, an art teacher/ photographer, received a grant to do a documentary on the island of Saint Helena, in the South Atlantic Ocean. One of, if not the "the most remote inhabited island" on earth. Its location 1200 miles off the coast of Africa has not earned it this title but the fact that it does not have an airport and is only accessible by a five day journey by ship from Cape town, South Africa.

The project had been a dream, THE dream, of my husband's for over 4 years and then there we were...a family of five on the adventure of a lifetime.
More details to follow in another blog post at some point for now suffice to this was BIG deal. 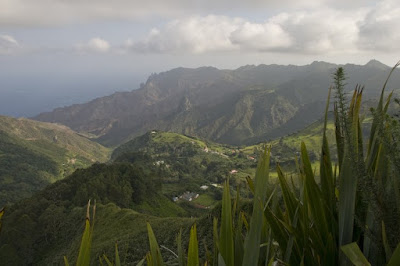 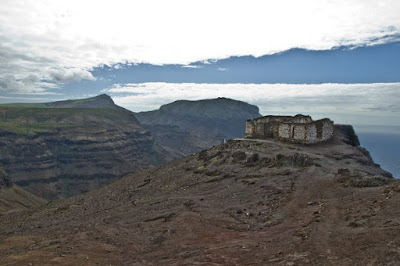 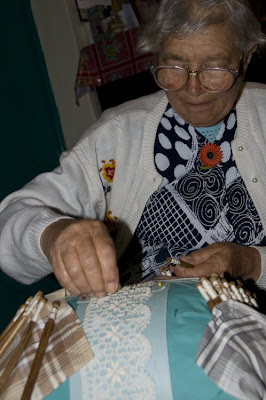 We had an amazing summer! Cultural immersion, hiking ancient volcanic cliffs, tea with a master lace maker, volunteering at an archeological dig...every day was an education. Then just three hours before leaving the island, my two sons and I found ourselves in the path of a 350 ton rockfall. Miraculously no one was hurt. A life changing event at the end of a life changing summer.

(This photograph was taken from the approximate origin of the rockfall a week or so before the event occurred. Jamestown fills the deep valley below.) 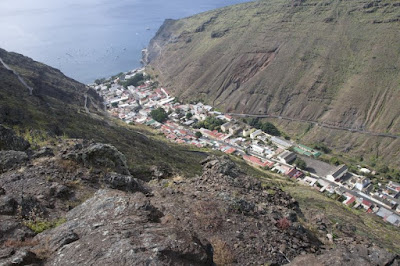 As the post traumatic stress subsided over the next few weeks I became quite aware of the irony of it all. One of my biggest fears when getting to island WAS indeed to be in a rockfall. Obviously my fears were not unfounded. Several buildings, including the home of our friends, seen here, were heavily damaged but we all survived unscathed. 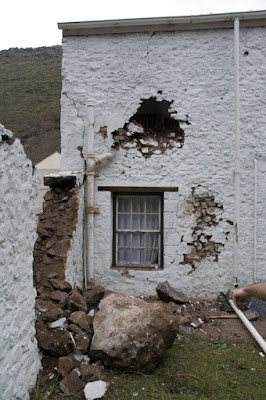 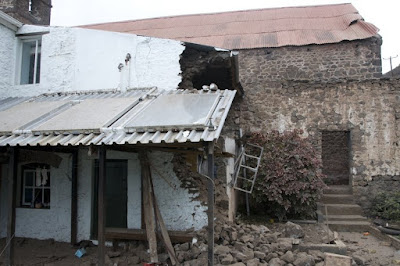 Survived, indeed, friendships were CEMENTED that day! And now my church here is the U.S. is BUILDING a relationship with the damaged church in Saint Helena by joining the Rockfall Relief effort. 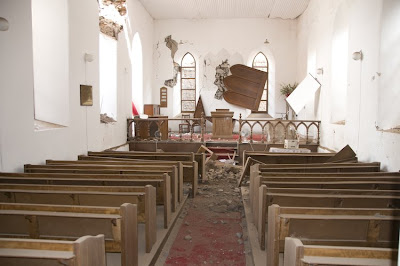 Rocks thundering DOWN a hillside can be devasting but those same rocks can be used to build something...new.
Posted by Genevieve at 1:25 PM