I am very, very honored that the Radius Gallery, the museum shop at the PA State Museum in Harrisburg, Pennsylvania, is now carrying a small selection of my work. The curator contacted me several weeks ago and I jumped at the chance for my work to be in such a great location and in the company fellow PA artists and craftsman.

This is one of the pieces that went. I have several other feather pendants in the works - they'll be in the Etsy shop within the next week. 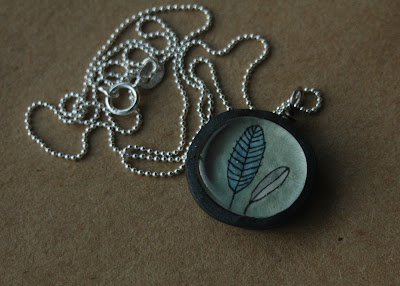 I combine trips whenever possible so the kids and I took a 1/2 day field trip to the museum (which is free!). I am most drawn to natural history which takes up the better part of the third floor. 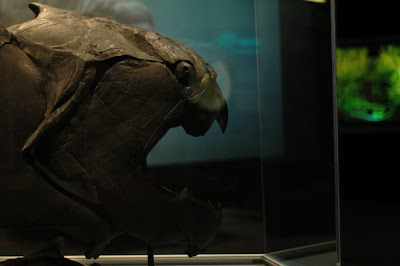 Apparently I have not covered the civil war (at least not very extensively) with my seven year old son because he doesn't ever remember hearing out it. The one room civil war exhibit made a very big impression on him. He said "I don't understand why strangers fight...do you mean to tell me people in the same country fight each other?" (What goes on in the child's mind when we have to tell them that grown ups kill each other because they want things to go their way? I loathe this part of parenting. ) "Yes." I said. "People in many countries, even today, fight amongst themselves." He was silent.

Posted by Genevieve at 1:55 PM